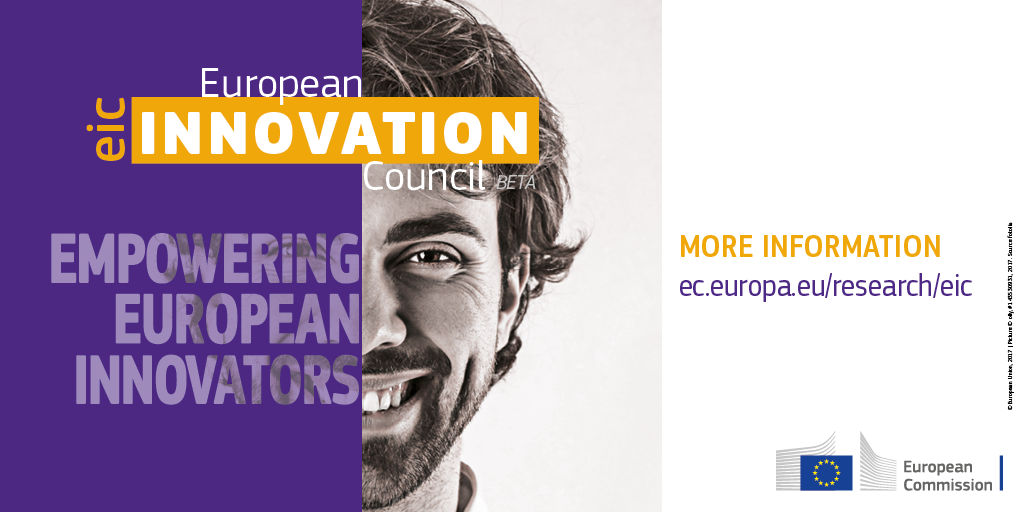 Europe needs to capitalise on its science and start-ups to compete in global markets increasingly defined by new technologies. That is why the European Commission is introducing a European Innovation Council (EIC) to turn science into new business and accelerate the scale-up of innovative companies. Currently in its pilot phase, the European Innovation Council will become a full-fledged reality from 2021 under the next EU research and innovation programme Horizon Europe with a proposed € 10 billion budget.

Today, the Commission has appointed 22 exceptional innovators from the worlds of entrepreneurship, venture capital, science and technology to the European Innovation Council Advisory Board, which will provide strategic leadership to the EIC. The Board will oversee the roll out of the current pilot and lead the strategy and design of the EIC under Horizon Europe. See the full list here.

Among them, there is also Roberto Verganti, Professor of Leadership and Innovation at the Politecnico di Milano School of Management.
“In the last 20 years, the dynamics of innovation have changed radically. Today, innovation is fast, entrepreneurial. Models that used to support innovation in the past are not working anymore.
EIC represents a sharp change in the way innovation is supported in Europe and around the world. EIC focuses on people: that’s the most promising aspect. Innovation makers are those that make the difference, beyond financial and structural resources”, explains Verganti.

The Commission also published today a vacancy notice to recruit the first EIC programme managers. Inspired by the renowned US agency DARPA, the EIC programme managers will be experts in their fields, able to work closely with fast moving technology projects and  open doors to the wider ecosystem. Applications can be sent until the 31 July 2019 at 12.00 CET.

Carlos Moedas, the EU Commissioner for Research, Science and Innovation said: “With the EIC, we are filling a critical funding gap in the innovation ecosystem and putting Europe at the forefront of market creating innovation. I am delighted that the EIC will be advised by some of Europe’s most accomplished innovators and investors, and that we will be bringing in talented programme managers to get the work off the ground.”

Also today, the Commission announced €149 million for the latest round of 83 SMEs and startups to be awarded EIC Accelerator Pilot grants (previously known as the SME Instrument Phase 2). The SMEs and startups are all developing potential game changing innovations, such as: next generation of safe and environmentally-friendly light aircrafts; anti-bacterial textile for hospitals; 3D audio software; motion planning technology for autonomous driving; and a superbot for audio calls. A list of the companies from 17 countries across the EU and from countries associated to Horizon 2020 is available here.

Members of EIC Advisory Board*

*official membership is subject to finalisation of internal procedures

A first pilot phase of the EIC was launched in October 2017, followed by a reinforced pilot in March 2019, with an overall budget of €3 billion, and the objective of funding Europe’s most exciting innovations of our most talented innovators. The new Advisory Board is part of the reinforced pilot. Members were selected following an open call for expressions of interest, which resulted in over 600 applications.

The European Innovation Council is part of a wider ecosystem that the EU is putting in place to give Europe’s many entrepreneurs every opportunity to become world leading companies. Other initiatives include a Pan-European Venture Capital Funds-of-Funds programme (VentureEU), the Investment Plan for Europe (EFSI), the work of the European Institute for Innovation and Technology, the Capital Markets Union Action Plan to improve access to finance or the proposal for a Directive on business insolvency.