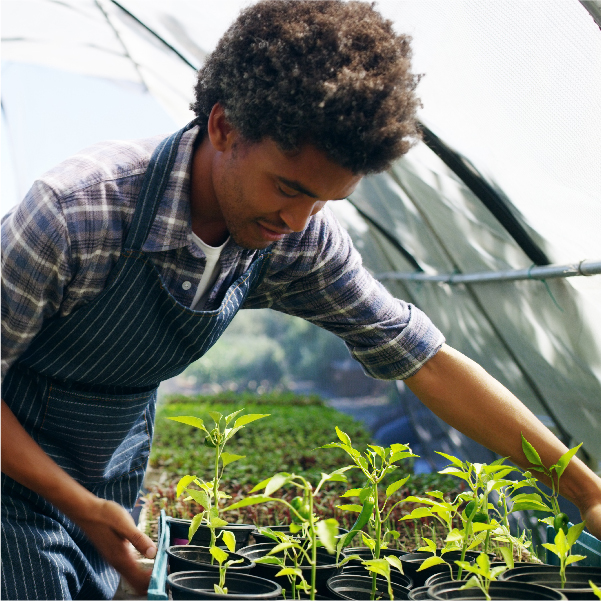 Selecting the geographical areas and green technologies for successful funding of sustainable economic growth is a difficult task particularly in emerging countries. Academic research is fundamental in providing tools to support public and private institutions in this task.

Recently, the COVID crisis brought to the public eye the extent to which research is in many ways fundamental for the survival of the community. This was extremely evident for disciplines with a direct and recognized impact on human lives and development. Still, the direct and indirect impact of academic research in many other areas and disciplines might be considerable for the well-being of people and the evolution of societies along many dimensions.

An important case, particularly relevant in the current economic phase, is the role of academic research in providing analyses and methodologies that can support private and public institutions in appropriately conveying and using resources in countries, regions, sectors to foster an equitable and sustainable economic growth.

A pertinent example regards the resources to support the transition of countries to green technologies. Climate finance has a fundamental role in tackling climate change and in promoting environmentally sustainable growth in transition and developing economies. A precondition to succeed is the ability to select those countries where the support to green investment does not crowd out private investment, but instead opens room for its expansion, in line with the existing market potential. Several banks and institutions operate with this aim and, as is well known, a large part of the funding in the Next Generation EU is devoted to the European Green deal. The Glasgow Cop26 Summit has once again simultaneously highlighted the unavoidable global dimension of the green transition and the asymmetric position of developing and mature economies due to their different stage of development.

An important issue in maintaining the different approaches of developing and mature economies towards green technologies is that in many cases it is not easy to support green transition in developing countries because of a lack of adequate information on the access and opportunities provided by the technologies. Funding could be misallocated, that is to say, it could be conveyed where it crows out private investment, or where there is no potential for the investment in the new technology to diffuse after initial support. This is where research becomes useful. Methodologies and tools can be developed supporting institutions in the selection of areas and technologies for successful funding.

In this context and to this aim, research at SOM can contribute to developing a conceptual framework and providing methodologies to obtain an overall evaluation of the readiness of countries, regions or sectors to adopt green technologies, ranking countries or areas in terms of their exposure to these technologies. In a recent project developed for the European Bank for Reconstruction and Development (EBRD), the ultimate aim was to capture the extent to which targeted countries could benefit from funding green technologies, in particular those developing and emerging countries for which data on the diffusion of green technologies are scarce or not available. The creation and use of a technology by a country or a firm is the pre-requisite for its diffusion and eventually adoption. Therefore, in order to benefit from the promotion of green investment, the target country should already have an adequate level and mix of use and production of the green technology. This mix depends on the overall economic situation and level of development of the country, as indicated, for instance, by income per capita, installed production capacity, and the level of technology in closed products. There is no specific universally accepted definition or measurement of the diffusion of a technology. International trade of products embodying a specific technology reveals the presence of that technology in the trading countries. Therefore, trade is often used in the economic literature to track technology diffusion. The advantages of using trade data and advanced methodologies to elaborate them are that they are reliable and available for the majority of countries at a very refined product category level and for a long time span.

Following this approach, researchers at SOM used official and public trade data of “green goods” (as defined by the World Trade Organization and the OECD) covering all countries to assess potential diffusion and adoption of “green” technologies, by building a set of indicators to gauge market maturity and production capacity of a country for a given product. Based on these indicators, a sequence of steps was developed to identify the opportunity for successful actions. The methodology was then discussed and improved throughout the implementation of the project with the EBRD experts that were going to use it, and then validated with the country’s experts on the actual diffusion of the products analysed in terms of demand and production capacity.

The EBRD will use the methodology described above as a tool to select the potential targets of the funding, that is to say, the couple country-technology. The methodology is easily replicable on publicly available data and therefore suitable for orienting the institution in its choices. The EBRD is owned by about seventy countries from five continents, as well as the European Union and the European Investment Bank. This implies that its activities impact a large population, of firms, which will be financially supported by EBRD to adopt/produce green technologies, and of citizens who will benefit through sustainable growth and higher quality of life thanks to the firms’ adoption of green technologies.

The project could potentially affect several Sustainable and Development Goals (Health and Well Being, Clean Water and Sanitation, Affordable and Clean Energy, Sustainable Cities and Communities, Responsible Consumption and Production, Climate Action) to the extent that should support the diffusion of green technologies and goods in developing and emerging countries.