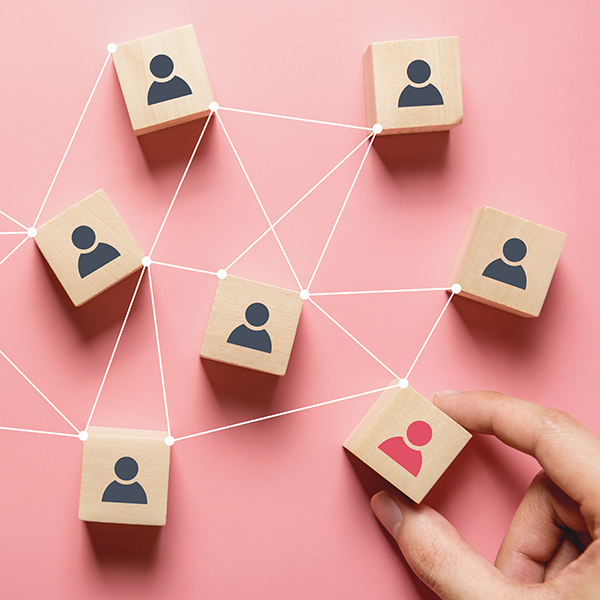 Human resources management merges with marketing instruments and requires skills that are always new and up to date. The aim is to enhance the value of individuals, starting from their diversity. Chiara Lombardi, human resource manager of Emilio Pucci and MIP alumna, explains this to us

A renewed centrality of the value of people, combined with competent and qualified management. This is the future, and in some respects already the present, of human resources management within an organization. So says Chiara Lombardi, human resource manager at Emilio Pucci, an Italian fashion house that is part of the LVMH Group, and alumna of the executive Human Resource Business Leader programme at MIP Politecnico di Milano. «HR doesn’t allow improvisation. Even less so today, considering the increasingly close link with marketing tools, necessary for companies to implement talent attraction and retention strategies».

Learning based on discussion

Chiara’s vision matured after long years of experience in the sector, preceded by a degree in languages and perfected also thanks to the executive programme, in which she enrolled with the goal of consolidating her skills: «I have always had a great interest in human resources, and over time I understood that I wanted to transform myself into a more strategically-oriented HR manager. At the same time, I was lacking some of the hard skills needed to do this. For this reason, I enrolled in the programme offered by MIP». In the beginning, she expected frontal lessons with a decidedly academic approach, but she soon realized that, in reality, a fundamental element of the course was the active involvement of the students: «Alongside high-level teachers, there was the collaboration of companies, thanks to which we had a current and privileged point of view on the HR reality. But a lot of room was also given to the interaction between us students, which gave rise to open discussions, bearers of a great wealth of contents.  For this reason, I advise approaching this course opening your eyes and mind as much as possible. The range of contents, possibilities, solutions is so broad that it represents a unique learning opportunity».

The fruits of this period of learning are clear for Chiara: «I wouldn’t have been so effective in the job market without the awareness I gained in this programme. For me it was a real breath of fresh air, that gave me many learning opportunities and additional skills to use both in my company and in my work transition phase».

Between change and diversity

There’s another area, however, in which Lombardi’s needs were met in the MIP executive programme.  While it is true that hard skills are fundamental, human resources can’t be separated from people. «My goal is to make the issue of change central in the companies I work, and to do this with small and big actions. At MIP I was able to strengthen a modern and contemporary vision and deepen beliefs that are good for both resources and the company. I’m thinking, for example, of the issue of diversity, which by now is fundamental and unavoidable. The enhancement of human resources can’t be ignored. If a person is treated correctly, they will contribute more willingly, generating value and wealth both for the company and the people who work alongside them».

A theme that Lombardi particularly has at heart, seeing that since 2018 she has been a mentor and coach for Young Women Network, a non-profit whose aim is the empowerment of young women. «The issue of female leadership is extremely important, and I really appreciated how the issue of diversity was addressed at MIP (which also, through the Mip4Women initiative, makes a contribution of 1000 euros available to female candidates). Unfortunately, in many companies there is a lack of examples of female managers, given that boards of directors are still largely male. The situation can evolve, but we must all commit to being promoters of change».