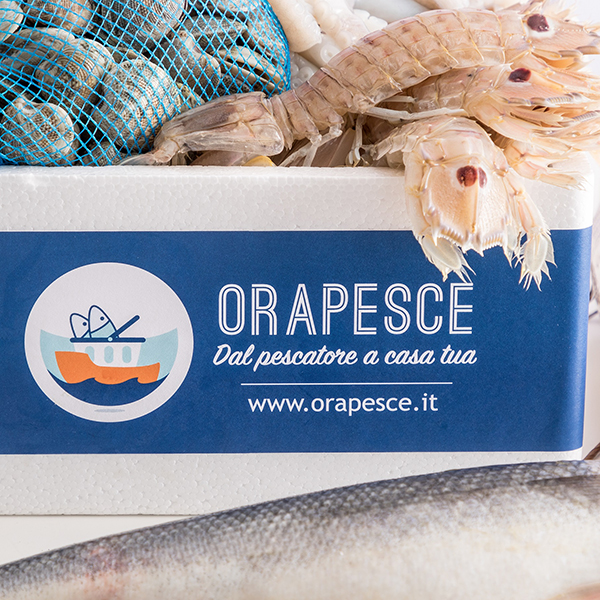 The study on the food sector. The idea born on the beaches of Rimini. And then the support of MIP, followed by the choice of equity crowdfunding: Giacomo Bedetti, 2016 part-time EMBA alumnus, tells us about the origins of Orapesce, a digital fish market service.

Innovation was born in the classrooms of MIP. Evidence of this is Orapesce, a startup that operates in the fish market by offering its customers the possibility of purchasing fresh fish online that is delivered directly to their homes. «Analysing the performance of the grocery sector, it was evident that the growth of digital consumers in the food sector was a significant trend», explains its founder Giacomo Bedetti, 2016 part-time EMBA alumnus, telling us about the genesis of the project. «Then, talking to a fisherman friend in Rimini, the spark came that led to the idea».

Indeed, until the creation of Orapesce, «a digital fish market service didn’t exist», explains Bedetti. «It was an opportunity to be seized immediately, creating a business-oriented group». In the ideation phase, MIP played an extremely important role. «Being able to explore the potential of this idea during the Executive MBA programme I was attending was crucial. Alongside a strong motivational element, there was the contribution of Professor Antonio Ghezzi, who gave us the tools to read the business and the relative metrics. And then we were able to count on the support and experience of skilled professionals». A series of elements that contributed to an excellent start on the market: «The phase of project work for Orapesce ended in July 2018, and we posted revenue of 100,000 euros in 2019. An extraordinary result, that wouldn’t have been possible without the support of MIP».

At this moment, Orapesce, after 14 months of activity, finds itself in an extremely delicate phase of its life. «It’s the hard reality of startups. Either you grow, or you die», explains Bedetti without mincing words. Growing means achieving significant numbers, and this is often tied to visibility. «It’s one of the reasons we decided to finance this business exploiting the equity crowdfunding model, that allows those enrolled to invest in innovative projects. We succeeded in bringing Orapesce on Mamacrowd, which in Italy is the best possible platform for this model». At end February, Orapesce on this platform raised 381% of the minimum set goal, for a total of over 300,000 euros. «But the economic factor isn’t everything», reveals Bedetti. «For Orapesce, Mamacrowd was a commercial showcase. It’s not easy to gain the attention of 100,000 contacts, instead in this way we were able to take advantage of a real flywheel effect».

Those who have visited the site of Orapesce will have realized that it’s not limited to being a shop, but also proposes a series of contents to users. «Our goal in this stage is to establish a brand that sells fish. But this is only the first step», explains Bedetti. «What we really aim for is the strengthening of a marketplace that puts consumers and producers in contact. In our future development there is a model in which earnings will be based mainly on commissions on exchanges within this network». For this reason, the site is rich in interviews with chefs and fishermen: «We want to use the possibilities of new devices to offer a path to the consumer, and to establish a strong digital identity».

The importance of soft skills

And if within Orapesce the importance of digital goes hand in hand with that of logistics, we must not neglect the general management skills that allowed Bedetti to create this startup. «I’m not talking so much about hard skills, but of soft ones. I attended the Executive MBA programme as someone over 40, I already had a lot of experience behind me. I didn’t need another title, but I felt the need to improve myself. That’s why I chose this master’s programme. There’s nothing more valuable than soft skills: knowing how to negotiate, knowing how to build relationships, being a good leader, today, are essential skills for those who aspire to become a manager or an