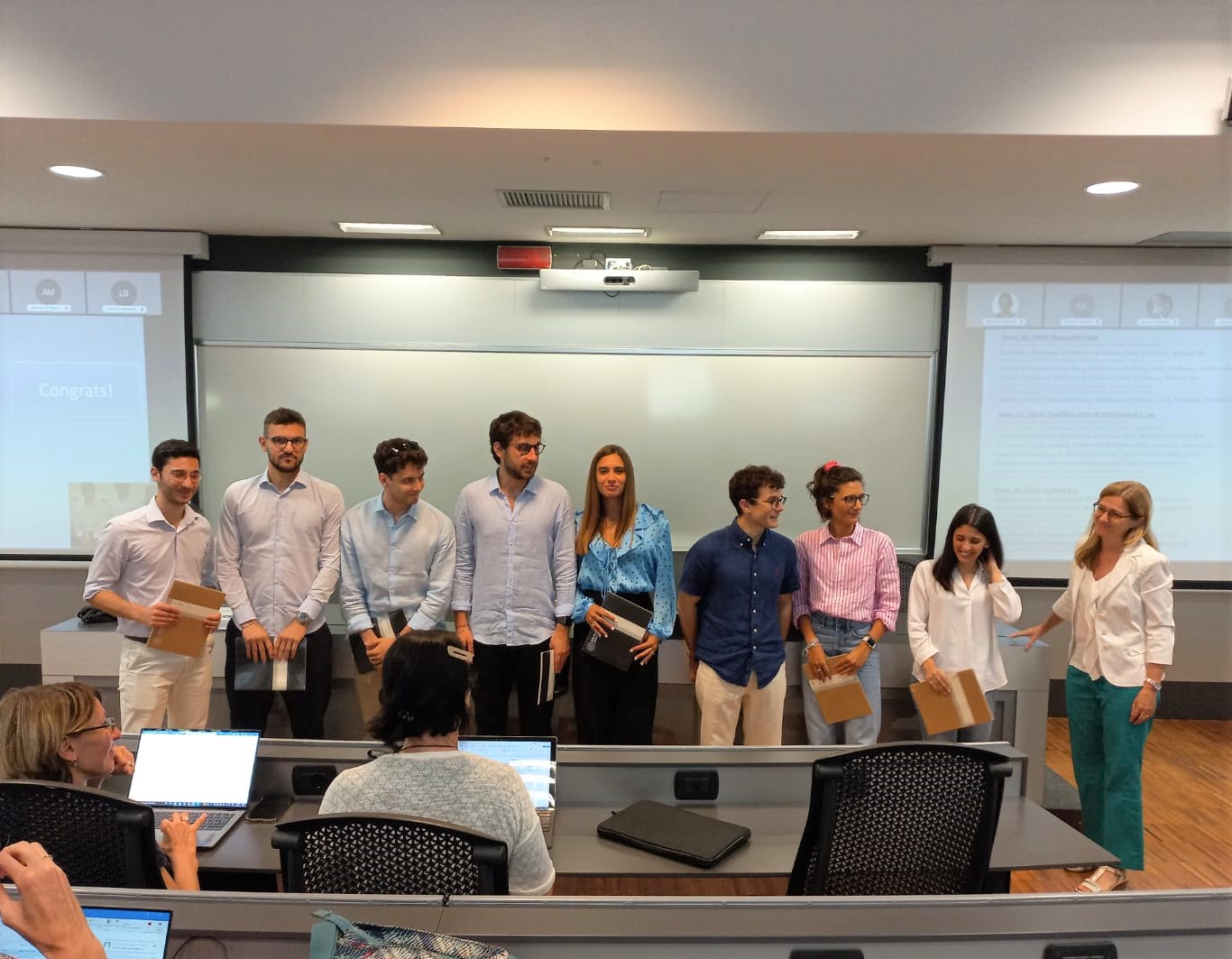 X Culture, the international business-themed challenge, this year saw the participation of 6,188 students from 171 universities and 53 different countries, divided into 1032 mixed teams. As in every edition, students are asked to collaborate remotely for 8 weeks in the realization of a real internationalization project for one of the four Italian companies selected by Alibaba.com that have subscribed to X-Culture.

The 44 students of the “Invest in foreign markets” Lab of the Master’s programme in Management, Economics and Industrial Engineering participated in the competition and were distributed to international teams by working remotely with colleagues from foreign universities. At the end of the competition, 12 students from the Politecnico di Milano distributed in 3 groups won the “Best Team” award, awarded both for the excellent peer-to-peer evaluations they received and for the quality of the final reports they produced, which represent real business plans to support the internationalization of the companies involved.

In addition to this, the Politecnico di Milano also distinguished itself with the “Best Instructor” award, which was awarded to prof. Stefano Elia, supported by Alessio Di Marco and Ludovico Benetel, for the commitment and professionalism with which the students were coordinated in carrying out their project, allowing them to also obtain prizes for the “Best Team”.

Awards, for the projects and the winning students 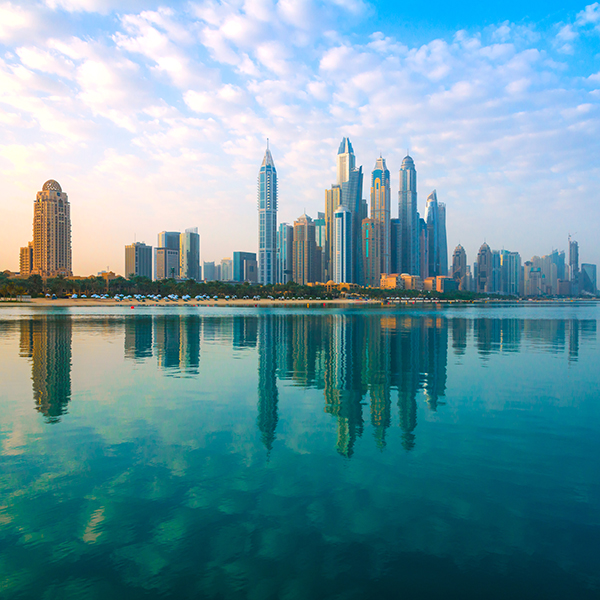 Expo Dubai 2020, which will be held between October 2021 and March 2022 after a year’s postponement due to the pandemic, will—presumably and hopefully—be a key hub, post-Covid. World Expos are considered to be mega events, comparable in impact only to the World Football Championships and the Olympics in terms of media exposure, number of participants and effects on the host economy, but unlike mega sports events, they last longer (6 months) and potentially have a greater influence on the economy of the participating countries.

The last two editions of the World Expo have had special connotations. The 2010 Shanghai event was the largest in history in terms of participants, with around 84 million visitors. The theme was the quality of life in cities (“Better City, Better Life”), but, not by chance, together with the 2008 Beijing Olympics, it was also China’s way of demonstrating to the world the socio-economic prominence that the country had achieved. The 2015 Expo, held in Milan and focused on the theme of the ability to provide high-quality food to humanity (“Feeding the planet, Energy for life”), attracted around 20 million visitors, and represented, in a stagnant national economic context and despite considerable organisational complexity, a driving force for what many international analysts have considered the Milanese “Renaissance” of the last lustre.
The theme of Expo Dubai 2020 is “Connecting Minds, Creating the future“. The event focuses on the role of interconnection as a key to sustainable development.

192 countries have signed up, including Italy, which will participate with a pavilion with the theme “Beauty Unites People“.
The Politecnico di Milano and its School of Management are partners of the Italian Ministry of Foreign Affairs, which is organising Italy’s participation in Expo Dubai 2020, and, starting from 2018, has developed several studies aimed at quantifying the potential impacts of this involvement. Indeed, beyond the obvious need to justify the investment of public resources in the construction of the Pavilion, the measurement of returns (economic and non-economic) is made particularly relevant by the geopolitical specificities of this event: the geographical position of Dubai, the hub of the ME.Na.Sa. (Middle East, North Africa and South Asia) area, and logistics intersection, and the passageways of the New Silk Road makes this Expo a fundamental point of contact between Europe and the areas of the world with the highest rates of economic growth and growth of the middle classes.

It is no coincidence that the event, in the initial forecasts, has attracted a very large majority of non-local visitors, and foresees a committed and significant participation in terms of planning from both Middle Eastern countries and emerging economies such as those of India and Central-Southern Asia. This is a very important opportunity to address the issue of sustainable development in these areas of the world, for example with reference to Infrastructure and transport, the enhancement of cultural heritage, life sciences and aerospace.

Three main kinds of consideration justify the great attention that economic operators in the world are paying to the event.
Firstly, being the first World Expo held in the Middle East, Expo Dubai 2020 represents an opportunity to consolidate business and representation relations at various levels between this area of the world, the Arab world, North Africa and Europe.
Secondly, it is an Expo with a strong research connotation (even more so considering that the pandemic could reduce the number of “real” visitors and increase the virtual interconnection aspect): the Expo season has been archived for a couple of editions now, interpreted as a mere “showcase” of the participating countries, the logic of participation of many of the countries involved, including Italy, is to create within Expo 2020 a true hub of expertise to develop stable collaboration platforms, to be perpetuated even after the event.
Thirdly, this Expo represents one of the first mega events, together with the Tokyo Olympics, of the post-pandemic period, and will therefore have the dual role of showing the possible profile of the new normality in terms of events, flows of people and interconnections, and on the other hand of contributing to financial recovery following the interruptions linked to the pandemic.

The measurement of the impact of participation in a mega event with World Expo on the Organiser, and even more so on the countries that participate without hosting it, is a topic to which the scientific literature has not yet given definitive answers. With reference to the Olympic Games, while there are qualitative indications about the expansive result on the host country, there are also many critical voices that highlight how these initiatives tend, on a direct financial level (difference between investments and tickets, television rights, sponsors, etc.), not to pay off.
However, it is clear, on the one hand, that the direct financial effects are only one aspect of the induced fallout (there are impacts on tourism, equivalent advertising of the territory, etc.) and, on the other, that the World Expo has a different spin-off profile from the Olympic Games, due to the fact that it lasts 6 months and therefore produces a much higher flow of visitors, and because the participation of the host and organising countries is oriented towards primarily economic and diplomatic development objectives.

With reference to the participating countries, in particular, it is possible to attribute the areas of spillover to a potential impact on exports, as participation is an opportunity for promotion of one’s own excellence and of organisation of diplomatic and commercial missions. There is also, in the hub vision of Expo Dubai 2020, the possibility of promoting the meeting between supply and demand of capital, i.e. between innovative entrepreneurial initiatives and financiers, generating incoming and outgoing flows of foreign direct investment. Thirdly, participation with a pavilion at an Expo is also linked to the promotion of the cultural specificities of a territory (and the connotation focused on the beauty and technologies for cultural heritage of Italian participation makes this theme particularly central), and therefore tends to involve tourism promotion, with the potential expansive economic effects that this entails. Last but not least, diplomatic proximity and exposure to scientific collaboration platforms are increasingly a fundamental objective of participation in an Expo event. The analysis carried out in 2018 showed that a precautionary estimate of the expansionary effects of these phenomena for Italy could reach a value of 1.7 billion Euros per year for at least three to four years after the event.

It is clear that these estimates must be—if not revised, at least reconsidered—in the light of the pandemic. However, paradoxically, net of the possible further brakes to the event linked to phenomena at this unpredictable time of the continuation of the state of emergency, the need for the world economies to recover the positions lost in recent months, and the possibility of experimenting with new forms—more digital and less physical—of international promotion initiatives, could even have an even more expansive effect. What is certain is that Expo Dubai 2020 can have a symbolic value of a desire for redemption and, at the same time, a stage of further consolidation of the relationship between Europe and Asia. Analysing the effects in the short, medium and long term is a fascinating challenge that must be taken up in order to make these opportunities increasingly central in the process of developing international economic, and other, relations. 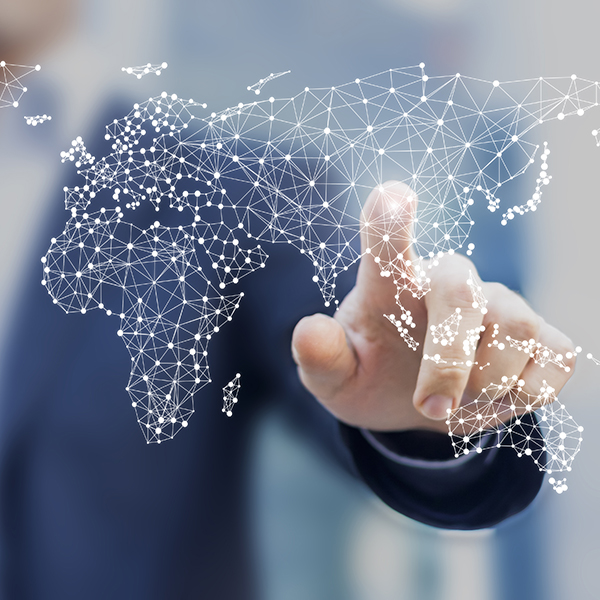 The sudden emergency of COVID-19 instantly changed the landscape of business (and conferences) around the world. Some of the features that characterize the business environment in the pandemic era include increasing uncertainty and complexity, the growing importance of digital connectivity, changes in the international labour markets, and emerging geopolitical tensions.

We already see the first consequences on the company-level, such as the resilience of GVCs becoming a leitmotif of international configuration and reconfiguration of MNEs’ activities, political discussions about regionalization and de-globalization, reshoring, and back-shoring strategies, to name just a few.
With travelling often impossible and almost always limited, urgent calls for citizens to return to their home-countries, expatriates and management-teams of MNEs also had to adjust their way of doing business and living.

The 46th Annual Conference of the European International Business Academy (EIBA), which will take place fully on line from 10 to 12 December 2020, will be dedicated to discussing the trends, the challenges, and the new normal in the international economic, technological, and social environments, as well as implications for MNEs and MNE employees.

Though fully online, the EIBA conference will follow the same structure as the traditional one, with doctoral workshops, plenary panels, paper presentations (competitive, interactive, poster) and panel sessions.

Special workshops are being organised on recent topics in International Business teaching and research, as well as academia in general, by experts in the field.

The call for posters & workshop proposals will be open until October 19, 2020.
For more information, please visit the conference website: www.eiba.online.

Looking forward to see you at EIBA 2020 Online!