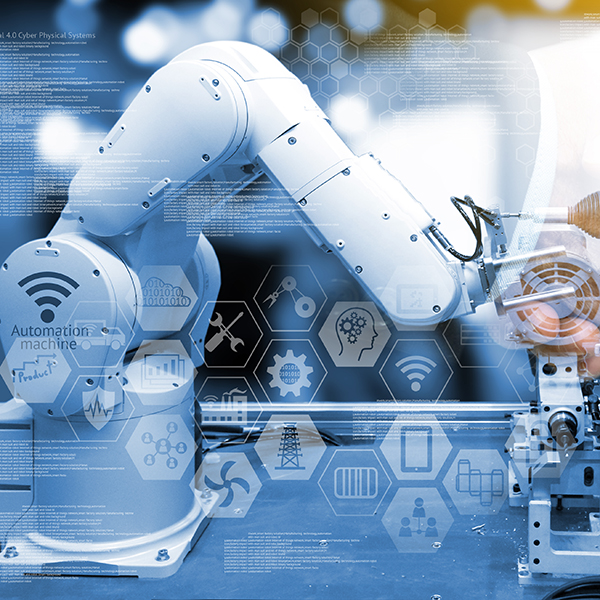 There is evidence that Industry 4.0 technologies, offsetting the low-cost or high-productivity advantages of some foreign countries, may be a valid alternative to internationalisation for efficiency-seeking firms, which in some cases happen to reshore. Will Covid-19 contribute to boost this trend?

While this trend is not over, we are witnessing the spatial reconfiguration of these supply chains driven by the emergence of new low-cost and high-productivity destinations, and of different cost and quality factors between countries, which modifies their relative attractiveness (Ellram, Tate, & Petersen, 2013). Companies’ intentions to change their manufacturing source is shifting from “offshore” being the predominant option, to “relocating to third countries” (i.e. moving from a first to a second host country) and “back-reshoring” (i.e., moving from the host to the home country) being viable alternatives to offshore (The Economist, 2013). Barbieri, Elia, Fratocchi, & Golini (2019) recently provided evidence that relocating to third-party countries was a preferred option for efficiency-seeking firms and suggested that by moving manufacturing between countries they adopted a “footloose” relentless search of locations to minimise costs and enhance productivity.
This trend has begun to be challenged and (at least partially) inverted by the new disruptive phenomenon. Industry 4.0, dubbed the Fourth Industrial Revolution, which denotes the emergence and diffusion of new, integrated digital industrial technologies that are widely acknowledged to hold a disruptive potential on manufacturing systems, products, and business models (Frank, Dalenogare, & Ayala, 2019; Strange & Zucchella, 2017). Industry 4.0 provides efficiency-seeking firms with a unique opportunity to use valuable digital technologies to offset the low-cost or high-productivity location advantages of some foreign countries and provide a valid alternative to internationalisation. Recent research undertaken by Politecnico di Milano in partnership with the University of Bologna (prof. Paolo Barbieri) and the University of L’Aquila (prof. Luciano Fratocchi) has provided empirical evidence of this phenomenon. Based on a sample of 118 European firms, the research showed that the development of a firm-level Industry 4.0 competitive advantage (based on the digital technology patenting) could reverse the propensity of the cost-saving firms to relocate to third-party countries, and encourage back-reshoring. Conversely, productivity-enhancing firms increase their tendency to undertake back-reshoring only when their home country adopts Industry 4.0 policies, i.e. a set of national initiatives to transform the production system by adopting digital technologies across several firms and industries.

The reasons behind the asymmetry in the drivers of back-reshoring decisions for cost-saving and productivity-enhancing firms can be found in the location advantages that are searched by these two types of firms. Firms investing abroad to save on costs are likely to exploit the lower cost of labour offered by some host locations. The development of Industry 4.0 technologies by cost-saving firms is a strategy to substitute for low-skilled labour with technology (Ancarani et al., 2019). This situation offers the extraordinary opportunity to switch from a host country-level cost-based comparative advantage to a firm-level competitive advantage based on Industry 4.0 technology intensity. Such a firm-level competitive advantage is likely to increase the degree of freedom of the firm in its relocation choice, including making it possible to return home. After obtaining similar (or a superior) level of cost-savings with digital technologies, the firm can afford back-reshoring to exploit Industry 4.0-based competitive advantages without facing internationalisation burdens such as coordination and transportation costs, institutional and cultural differences etc. (Stentoft et al., 2016; Wiesmann et al., 2017).

Firms investing abroad to enhance their productivity are likely to rely on other advantages than merely the exploitation of low labour costs while still pursuing conditions that can make them competitive on price. The primary mechanism such firms can use to enhance their productivity via cross-border investment is to “learn-by-interacting”. This occurs by gaining access to different international business networks that expose the firms to the various technological, managerial and organisational capabilities that are available in the foreign country’s ecosystem (Alcácer et al., 2016; Bertrand & Capron, 2015). In other words, firms can enhance their productivity by sourcing knowledge, resources and experience from the foreign production system by establishing economic relationships with the networks of suppliers, buyers, competitors, partners, associations and labour markets (Alcácer et al., 2016; Alcacer & Oxley, 2014; Johanson & Vahlne, 2009; Oxley & Sampson, 2004; Oxley & Wada, 2009; Pisano & Shih, 2009). This is possible when there is a technological and competitive gap between the host and the home country (Bertrand & Capron, 2015, p. 644). Introducing an Industry 4.0 policy in the home country could enable the host economy to fill any gaps as policies can be designed for many companies and attempt significant changes within the production system that increase competitiveness and technological intensity. This offers firms located abroad for productivity-enhancing reasons the opportunity to implement their learning-by-interacting strategy in the home country, reducing the need to relocate to third-party countries in favour of the probability of returning home. This allows a policy implication to emphasise the crucial role of Industry 4.0 not only in transforming the national production system but re-attracting the productivity-seeking firms located abroad and contribute to the return of manufacturing within Europe.

The Covid-19 outbreak is expected to boost the relocation phenomenon further. According to UNCTAD, this health emergency might have a potential long-term effect on the reconfiguration of the Global Value Chains (GVCs). The pandemic is demonstrating how having too many interconnected and distant countries might become a critical issue for global production networks. This is especially true when they are also dependent on one main manufacturing centre (such as China), and all nodes are asynchronously subject to an emergency that stops production activities and shuts down the entire GVC for some time. This worldwide health emergency might lead to a reconfiguration of the GVCs, and a partial relocation or de-concentration in fewer or closer countries that were less affected by the pandemic or which could ensure faster and more coordinated recovery of the production activities and the value chain. Hence, Covid-19 is expected to further accelerate some trends that were already happening, i.e. decoupling (or loosening) of GVC ties and relocation across countries, which were prompted by other forces such as the trade wars and the challenges posed by climate change. All these forces demand more regional, resilient and sustainable supply chains (Economist, 2020). This goal can be reached only through widespread adoption of digital technologies, which facilitate the reconfiguration and partial reshoring of the GVCs, and provide a strategic tool to redesign the firms and countries’ competitive advantages.