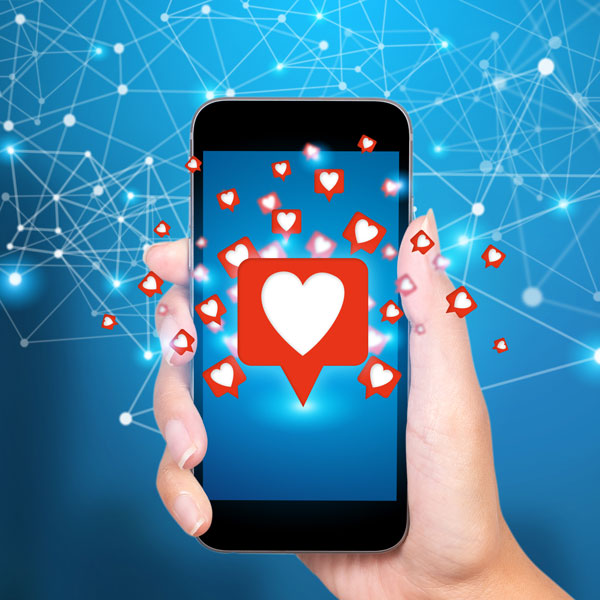 Once upon a time there were glossy magazines. Now there’s Instagram. And luxury brands are taking advantage of it.

With due caution, however, because if on one hand the opportunity to address potential customers directly is huge, on the other we’re talking about a world whose rules are constantly changing.

Finding a balance between community involvement and preserving one’s status isn’t at all easy. «Luxury has always worked on the idea of exclusive distribution and on a consequent communication», explains Professor Fabrizio Maria Pini, Director of the International Master in Luxury Management at Politecnico di Milano’s School of Management. «Digital media, instead, in the beginning was perceived as something undefined and standardized. In a context in which everyone could create everything, the showcasing of a luxury product, which is characterized by its high symbolic and narrative content, seemed to lose its fascination. There’s a big difference between a digital showcase and a boutique».

The social media landscape is so varied and fluid that it becomes impossible to identify a single strategic model: «Luxury companies can adopt extremely innovative strategies, with which they immerse themselves in the communicative flow of social media, interacting directly with users and potential customers, or to the contrary remain attached to models that are actually still quite similar to the publication of magazine ad campaigns».

However, luxury brands certainly haven’t just stood and watched over the years. «They started late but are now forging ahead» says Pini. And numbers confirm it. In particular, Instagram has shown itself to be the most appetizing for fashion brands. In 2017 a study carried out by L2, a company specialized in digital performance metrics, reported 53% growth in the number of followers. Thanks also to fashion bloggers: Professor Pini defines them as «luxury translators, who in the beginning knew how to take advantage of unchartered social territory. While first they were perceived almost as enthusiastic groupies, today they are perhaps the concrete embodiment of the change of the relations of strength in the world of fashion. At the expense, for example, of more institutional actors that are perceived as being more qualified, like journalists».

«It is precisely the influencers, now, who act as a filter and link between the brand and its potential consumers» continues Pini. «While previously customers followed a brand, now brands must try to break into the conversation, because being found has become more problematic».

The current transition phase also leaves room for experimenting with new production strategies, perhaps with the use of new profiling strategies. The leitmotiv in this case is the same: «Some companies continue to think of collections and lines in a traditional way, younger brands instead start with community involvement».

However, daring also means risking. One false step is enough to generate a reputation crisis, which is much more difficult to manage than in the past: «The rules of conversation are different from those of communication, and icons usually communicate, they don’t converse» reflects Fabrizio Maria Pini. «In addition, social conversations are very rapid, while large and structured companies are necessarily slower to react. To gather the information needed for a response, at times it can be necessary to involve different corporate functions. In the meantime, however, other stories take hold on social networks and become dominant. Thus, there is a struggle between narratives and myths. But sometimes there’s nothing to do but to apologize and admit one’s mistakes. This is also a big difference compared with the past: in other times brands didn’t take into consideration the idea of declaring themselves wrong».