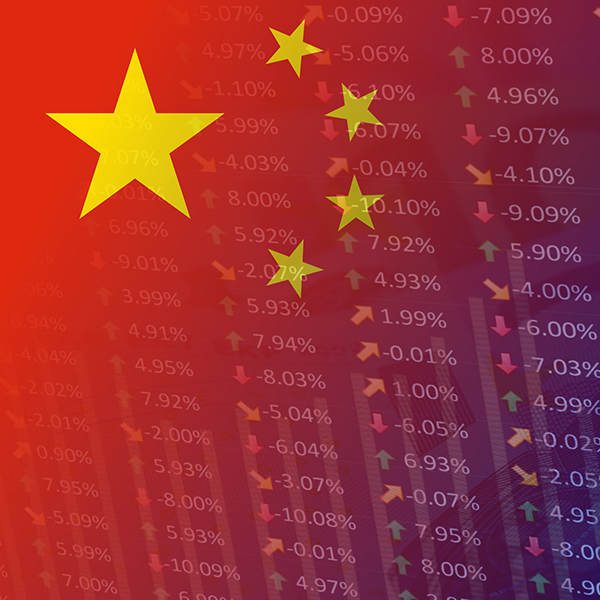 Giuliano Noci, Professor of Strategy & Marketing, Vice-Chancellor of the Chinese Campus of the Politecnico di Milano

In the fateful year of 2020, the year in which China had set itself the target of doubling GDP compared with 2010, the country found itself the cause of a pandemic and facing an unprecedented economic and political challenge: Covid-19, which originated in the province of Hubei, has essentially led to a virtual paralysis in industrial activity and travel throughout China, causing heavy repercussions for both China and the rest of the world.

We are trying to carry on in an orderly manner and, above all, to avoid resorting to unhelpful analogies with the past. It is not a case of drawing on what happened with SARS in 2003: at that time, China accounted for 4% of global GDP whereas today it accounts for over 16% – the added value generated now totals USD 14 trillion – and, most importantly, it is much more integrated with the rest of the world, due to the effects of its entry into the WTO.

In this framework, focusing attention on the domestic effects, it is now almost a foregone conclusion that Beijing’s leadership will clearly struggle to meet the growth targets set for 2020 (+5.7% of growth in the domestic economy). Specifically, any economic growth in the first quarter will be very low: there is effectively no monetary or fiscal stimulus capable of dealing with a supply and demand crisis such as that encountered in the first two months of 2020. Suffice it to say that demand fell by 90%, travel within China was reduced to a minimum precisely at the time of the Lunar New Year, i.e. the period in which the propensity to spend in the population is at its highest, property transactions were broadly non-existent, and e-commerce sites recorded falls of 40%-80% in the purchase of luxury goods. On the production front, for almost a month plants were at a virtual standstill and it was only in the last week of February that production slowly recovered to reasonable levels – albeit not yet fully exploiting production capacity – in the first ten days of March.

Once the emergency is over, it is reasonable to expect a stimulus plan from the Politburo, which must, however, in my opinion, have very different features from the impressive plan of over USD 500 billion made available in 2008. It cannot be based solely on public investment (mainly in infrastructure) as it will be necessary to support the income of individuals due to potential negative repercussions on employment; great attention will need to be paid to the issue of lending to companies – overall Chinese debt has rocketed from 2008 and now stands at 310% of GDP, i.e. more focus needs to be put on the quality than the quantity of the stimulus. I’ll try to explain what I mean: given that China has decided to focus on the “New Normal”, i.e. to transform the economic system from the world’s production workshop to an innovation hub, it must exploit this (drastic) situation to launch measures consistent with the new strategic reference horizon. Specifically, it is vital inter alia, to work for: (i) a reduction in bureaucracy, which represents an overwhelming burden on the business system – in recent weeks, moreover, the Beijing leaders have decided to abolish paper for many practices as it is a vehicle of contagion, (ii) an improvement in the national health system, whose inefficiency and cost are the cause of a moderate propensity to spend by the average Chinese person, in view of the need to autonomously support spending for treatment in old age, (iii) the full use of digital technology to support the fundamental process of growth in the skills of labourers, which represent an essential ingredient for achieving an industrial system that is capable of creating more added value than in the past. On the other hand, the Beijing government must launch measures aimed at containing the probable reshoring of some of the production activities of foreign players, as the latter will very probably decide, based on more prudent sourcing strategies, to reshore, at least in part, production sites previously opened in China based on a logic underpinned purely by the criterion of efficient supply policies. And there is one and only one mechanism available to the Politburo: further liberalisation, as advocated by the US Chamber of Commerce in China, namely foreign business practices and the rights to manage the intellectual property of foreign companies.

In short, only a real change in pace in the reform process, which has been announced many times but never fully followed through, will enable China to resume in 2021 the long march undertaken with the Deng reform, in the hope of becoming the largest economic power on the planet. We must, however, be completely clear that the road is still very long and the obstacles may be completely unpredictable, as the current emergency shows. It is a road that requires a leader with the farsightedness of Deng, and this is where we will see whether the Xi Jinping Thought will have the key not only to be enshrined in the Constitution but for China to aim at a position of economic and technological leadership.