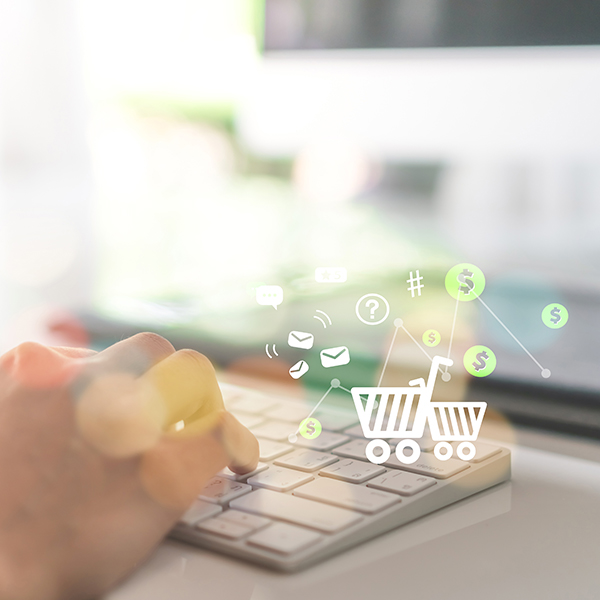 Lockdown has profoundly changed consumer habits: online purchases of food and essentials have grown exponentially. The reaction of retailers has been varied and influenced by the product sector and the presence of an eCommerce initiative. In the recovery stage, profound restructuring awaits the Retail world.

Before the crisis ….. eCommerce, a channel growing in Italy and abroad

In the more mature markets, eCommerce has become a major channel for generating consumption. In 2019 in China or the UK, for example, of every 100 euros spent by consumers, about 20 went online. In markets where eCommerce has developed more slowly, online has nevertheless accounted for a significant slice of the growth of business. In Italy, for example, eCommerce in 2019, although it still represented a small part of total purchases (7.3% of the total), generated 65% of the total Retail growth (online + offline) [1].

In recent years, the online channel has increased not only the size of the market but also its range of action and influence. In the first place, eCommerce has become decisive in the development and promotion of highly innovative new models of relations with consumers that, although starting from online, have spread throughout Retail. This transformation has involved the entire value chain: marketing, where artificial intelligence and augmented reality have allowed the consumer to “experience” the product (both online and in-store) before owning it; payments, where the use of biometrics, already fairly widespread online, has become increasingly important offline too; and logistics, where various innovations have emerged both to improve the service and to give the end customer significant control of the process.
Secondly, the success of eCommerce and the emergence of new ways of buying and interacting have changed the original significance of the physical store, which is no longer the only means of physical access to the product. In this transformation process, traditional retailers have given the store new features, mainly from a relational point of view, and entrusting the transactional stage to eCommerce. There have been many experiments in new formats in Italy too, primarily in Milan [2].

The importance acquired by eCommerce has also led to greater public and institutional attention (not always in a positive way). New regulatory obligations (PSD2 with so-called Strong Customer Authentication to authorise financial transactions online and Web Tax), attention to sustainability issues (not only financial but environmental too) and the dominant position of certain giant corporations, in particular Amazon and Alibaba, are just some of the most hotly-debated topics.

During the crisis ….. eCommerce, a tool for responding to the emergency

Business is one of the areas most affected by the Coronavirus emergency. The reaction of retailers has been strongly influenced by the presence or otherwise of their own initiatives on online channels.
Many physical stores, especially those focused on food and basic necessities, have engaged with eCommerce for the first time. The most immediate solution has been the use of third parties already online. Many restaurants have put their menu of ready-to-eat dishes online through food delivery platforms and many supermarkets have activated eCommerce solutions through alliances with platforms that have already enabled (from a technological and operational point of view) online shopping under the aegis of certain major retail chains. Even more widespread are the numerous neighbourhood stores that have started working with less advanced digital tools than eCommerce, but with are just as interesting tools, such as the many neighbourhood stores (grocery stores, pharmacies, …..) that can take orders via WhatsApp or by phone.
Players that have been online since the beginning of the epidemic have seen an increase in orders attributable to new consumers who have decided for the first time to use their services. This emergency, however, has revealed something as simple as it is important. In online initiatives, especially in food, operations have forcibly dictated rhythms and especially imposed limits. Practising eCommerce requires commitment and a perfectly functioning and efficient operating mechanism: optimised picking and transport processes, especially when we are talking about “supermarket” shopping (which, by the way, consists on average of 50 items of low unit value and which require special treatments such as temperature-controlled transport). The dependencies between the physical and digital worlds have had varied impacts: all those multi-channel retailers of clothing, beauty products, IT and electronics, forced to close their stores, have found online a valuable opportunity to maintain the relationship with customers, in some cases deepening it, and to create value (rather than sales) with their consumers. In this regard, note the sending of questionnaires to users to gather opinions and suggestions for improvement and the provision of online courses (fitness, cooking, …..) relating to products on sale.
During the crisis we have therefore seen the barriers to omni-channel integration, that had blocked the development of the digital strategy of Italian retailers for years, fall one after the other. The management of the emergency has convinced even the most reluctant to change to overcome internal interdepartmental conflicts, to define clear responsibilities and to dedicate the resources necessary to achieve a new idea of business, integrated and independent of channels. A green light therefore for investments in order to boost the eCommerce channel or to favour sales strategies founded on integration between online and offline experiences, like click&collect, drive&collect or the setting up of online ordering in store.

After the crisis ..… eCommerce, an essential element for the resumption of business

In these days of the emergency there are many questions to be asked about the effects and changes that await us in the business world. Among the few certainties, in our opinion, are the proximity that the online and physical channels are demonstrating forcefully at this difficult time and the indispensable role that eCommerce will play in the recovery of business and consumption.
During the health emergency Italian consumers have understood the value of this channel as never before: eCommerce has allowed a large slice of the population to benefit from value-added services, important and essential as they are, like food delivery. Growth of web shoppers (who at the end of 2019 amounted to just over a third of the Italian population) and greater familiarity with and confidence in online transactions and digital payments (including those shoppers already used to purchasing online) can generate a positive effect on the development of eCommerce.
The other side of the coin is that the praiseworthy efforts of supply-side players will not have been in vain. Once the crisis is over, investments in technology (to handle traffic spikes), the presence of new trained staff and the optimisation of picking and transport processes will be in place to better manage not only the current extraordinary demand but also a future in which the digital world will be increasingly fundamental.
eCommerce will be more and more the engine of Retail growth and innovation: once we have put this crisis behind us, as consumers we will be looking at a new and more digital normality. A major challenge for our Retail! 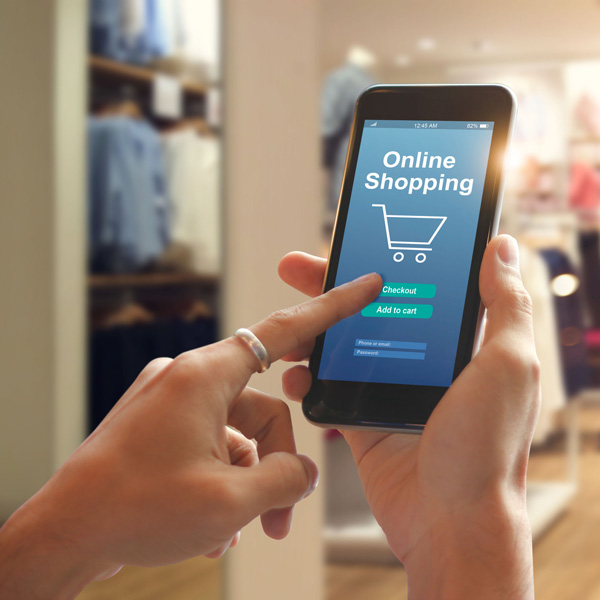 Customer needs and business opportunities
Manuela Balli, Adjunct Professor at MIP, and Giulio Lampugnani, Head of FBA seller services for Amazon, explain why the integration of online and physical sales channels is a winning strategy.

The time of conflict between digital and brick-and-mortar stores has passed. The future of e-commerce is omnichannel. If properly developed, it a virtuous model, but also one of notable complexity, emerging as a response to the recent trend toward multichannel purchasing behaviours by customers. One figure stands out clearly: according to a survey by the Osservatorio Multicanalità of the Politecnico di Milano, 67% of Italians above the age of 14 have adopted a multichannel buying approach.

Digital and retail: a necessary alliance

«Today, for example, customers have learned to seek product information in brick-and-mortar stores and then complete the purchase online, or vice versa: generally speaking, the two channels are used in a seamless manner, depending on specific needs», explains Manuela Balli, Adjunct Professor at MIP. «In such a scenario, company synergy and consistency become key factors. The omnichannel approach demands a cooperative, collaborative model. There might initially be conflicts between digital and retail, perhaps caused by pricing, advertising, or responses to various external stimuli. But we have to find a solution in line with the overall company strategy. Companies’ competitive edge will be determined by the response to this challenge».
The goal is to create an impeccable buying experience at every step of the way. As Manuela explains, luxury companies provide an excellent example: «In this sector, the logic behind customer experience is enhanced. The consumer has strong expectations all along the process. To meet them, it is necessary to analyze consumer behaviour, identify the rationales behind new buying behaviours, and focus on customer relationship management».

New strategies based on new tools – namely, digital channels – are actually grounded on a proven principle: the key importance of the customer and their satisfaction. Amazon is certainly an example of success here. According to Manuela, «Amazon is an example of reverse business development. They started in the digital and then decided to develop brick-and-mortar stores in an omnichannel orientation».
Giulio Lampugnani, Head of FBA seller services for Amazon, also confirms this approach. «To grasp exactly why our company has set out to develop physical stores, it is important to understand the three tenets that have guided our company since its birth: the first is to offer customers the broadest selection of products possible; the second is to offer them at the lowest price possible, and the third is to provide the most convenient service possible».
It was this last tenet that led to Amazon’s decision to develop brick-and-mortar stores. «We realized that it was better for customers to have the choice of purchasing some products in person», explains Giulio. «We started with Amazon Books and Amazon Go, two chains where we have sought to replicate some of our most distinctive online mechanisms. In the bookstores, for example, we have paired each book with a display showing customer reviews, this being one of the most disruptive elements introduced by Amazon. In Amazon Go outlets, on the other hand, we chose to replicate the simplicity of online shopping: no cash registers, no lines. The customer makes the purchase with one click».

More digital, more Made in Italy

Giulio Lampugnani goes on to explain that Amazon also generates momentum for companies that would like to implement an omnichannel strategy abroad. «Amazon is an international showcase that can be leveraged as a development channel to generate brand visibility while working toward a second stage that may involve opening a brick-and-mortar channel».
This is a great opportunity for Italian businesses, as well as one of the reasons that prompted Giulio to accept an invitation to be guest lecturer in the course led by Manuela Balli titled “Developing e-Commerce Revenues through Omnichannel Marketing”, which will be held at MIP on October 29, 2019. Giulio closes by saying, «We care about the growth of Italian companies. The level of penetration of e-commerce in the retail market in Italy is still around 7%, whereas in the United Kingdom the figure has already reached 19%. Once we have bridged this gap, Italy will be able to showcase a much more powerful commodity, that is, the Made in Italy brand».