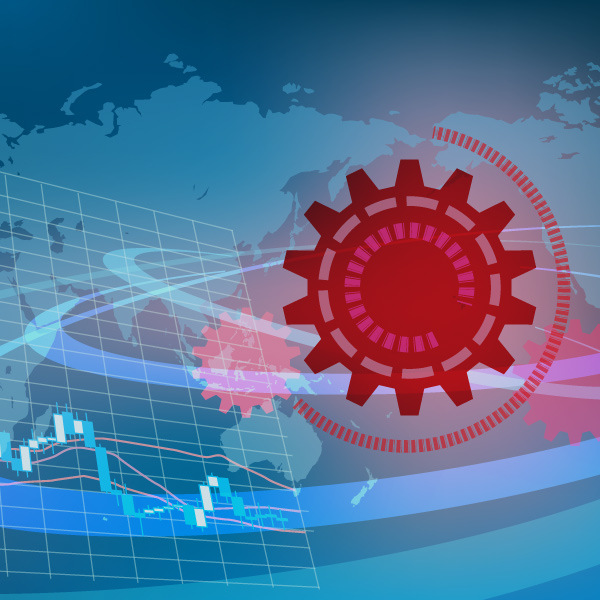 The shock to the world economy caused by the Covid-19 health emergency has a global scope also because of the high interdependence between national economic systems. But closing borders and applying trade restrictions is not a viable solution: acting in a coordinated manner can ensure an effective restart for all economic systems, balancing the needs and production capacities of individual countries through international trade.

It is still too early to have official stabilised data but it is now very clear that the spread of the so-called COVID-19 and the associated pandemic are having a very significant impact on the world economy, with clear implications for international trade as well.
International trade was already decelerating in the latter part of 2019, due to the general slowdown in the economic cycle in many countries. The early months of 2020 are confirming this strong slowdown in trade. The World Trade Organisation (WTO) is continuously updating forecasts for the current year, which show downward trends for both trade in goods and in services as a result of the shock to production and demand that is spreading to various countries. Given the high level of uncertainty, however, the major international institutions are not ready yet to provide precise figures. The estimates produced by the WTO in April on the possible dropoff in trade also show a very wide range, between -13% and -32%.

The fall in international trade is an inevitable consequence of the current situation, since the areas currently most affected by the health crisis with its serious economic repercussions are those of the major players in world trade: China, the European Union and the USA generate more than half of all world trade. Thus, the impact of the slowdown in these countries is felt in global trade flows, even in areas with relatively slight exposure to the contagion.

One particular aspect of trade makes the impact of the crisis more serious and concerns observers. The importance of global value chains and the role they play in world markets has grown for at least 20 years. According to a recent World Bank report, most trade flows between countries nowadays take place within the global value chains (GVCs), i.e. they are generated by production processes that cross the borders of countries and involve specialised companies located even in faraway areas in the chain of production of goods, especially complex ones. The role of these global value chains in this crisis appears crucial. According to some observers, this international organisation of production has created a fragile economic system that is more exposed to international shocks. The risk of a disruption in the supply of the inputs needed for production is greater in a production chain that is very geographically dispersed. Moreover, the presence of these production chains can amplify the transmission of shocks according to the so-called “bullwhip effect”. In the presence of a negative shock that affects many economically connected countries almost simultaneously, the slowdown in production of an economic system supplying essential production inputs is transmitted to related systems downstream, reducing their production capacity, adding a further negative squeeze to the local slowdown in production (which may be due to local supply and demand factors), and thus amplifying the shock. The areas where the spread of the epidemic has been greatest are closely linked by GVCs in many crucial sectors, from textiles-clothing to consumer electronics. As a result of this shock-amplifying effect, forecasts of the trends in the global economy and international trade are more negative than in any other crisis in the past.

It is important to remember, however, that these global production chains, although they have made the different economies more interdependent, have generated enormous efficiency gains in very many sectors and made many goods available at prices that have encouraged mass diffusion among all consumers. Without specialisation in specific stages and components of production of certain countries and companies connected with each other, many commonly used goods today would not be available or would only be available at prohibitive costs. In addition, this production organisation has also allowed emerging countries to participate in international markets, finding in the GVCs a means to access production that they could not develop independently, thus generating growth, employment and diffusion of technology.

Even before the current crisis there was talk of a trend in shortening GVCs and “reshoring“, i.e. bringing back to certain countries production cycles previously located abroad. This is because this international production organisation, even if it allows efficiency gains and cost advantages, for some companies and some sectors is too complex, with the loss of direct control over some production stages and an increase in organisational risks and costs. In fact, the phenomenon of reshoring has been limited to certain countries and certain particular production niches. Lack of control over the production cycle appears potentially risky for some countries, first and foremost for China, pushing it in recent years to shorten its international production chains for mainly geopolitical reasons. This choice has had global effects given the economic importance of this country. However, the current crisis could lead to a further downsizing of international production chains, for reasons that include reducing the interdependence of countries.

It should be remembered, however, that even in this time of crisis, trade between countries plays a fundamental role and it is essential that countries do not try to hinder it excessively. International trade often ensures the availability and affordability of vital medicines, medical products and healthcare services, particularly for the most vulnerable countries: no country is entirely self-sufficient for the products and equipment it needs for its public health systems. Much medical equipment is also manufactured within GVCs that make advanced components available that are not always easily produced in all countries. In addition, through international trade it is possible to overcome shortcomings in the production of medical equipment and drugs, as well as of various types of essential goods, distributing these goods more efficiently where they are most needed. In this emergency situation, despite the temptation of some countries to close borders and to apply trade restrictions in order to accumulate stocks, governments also realise that they need each other and that it is important to act in coordinated fashion as far as possible in the face of a problem that is absolutely global.

A drastic downsizing of global value chains would have very serious consequences, both during the crisis for the effect this would have on many goods and services supplied, and after the crisis impacting many key sectors that have developed as a result of this interdependence. However, the current crisis may be an opportunity to rethink certain organisational aspects of these production chains, accepting a rebalancing between risks and benefits, perhaps leading to a partial reduction in efficiency in order to achieve a reduction in risk, for example by accumulating larger stocks or further diversifying suppliers, distributors or logistics channels. Yet it is precisely this acute crisis and the need to ensure an effective recovery of economic systems that underlines the importance of not abandoning a mode of international organisation of production that has produced fundamental economic improvements, and of keeping international trade open precisely as a means of balancing the needs and production capacities of individual countries.