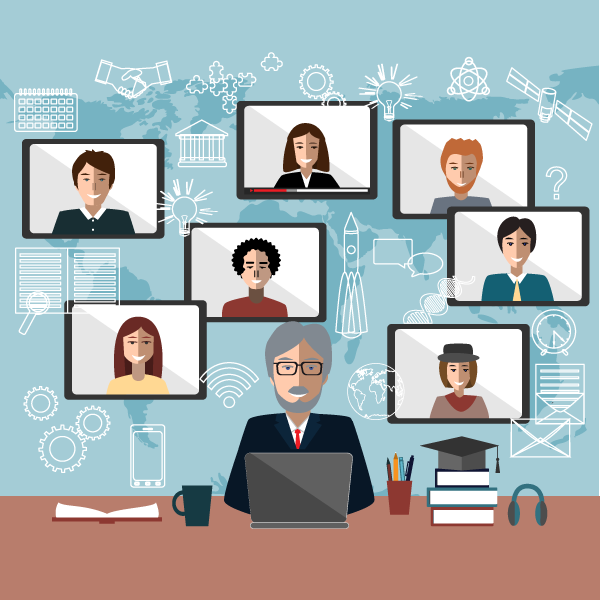 The recent situation has also determined a change in the planning for MIP courses: all lessons were moved online. Four professors share their impressions

Classes at MIP stopped only for one day. Then the timely reorganization of the teaching schedule guaranteed the normal continuation of lessons, although in the online version for classes initially set to take place in the classroom. Particularly appreciated was the professionalism and efficiency demonstrated by the school, as well as its respect for students and professors, showing an understanding of the inconvenience the suspension of courses would have entailed.
«Lessons were moved online to maintain educational continuity and avoid the loss of contents or eventual postponements in the attainment of diplomas, with the goal to guarantee the same qualitative standards » says Antonella Moretto, Associate Dean for Open Programs at MIP. «Six years of digital experience allowed our faculty to adapt rapidly to the need to transfer all lessons online, or to redesign them to not limit opportunities for interaction with students. A teaching mode that has proved effective precisely because of its ability to stimulate and involve the classroom, sometimes superior to that you are able to accomplish in face-to-face lessons. Thanks also to professors who have shown they are ready and responsive to change».

Filippo Satolli experimented with this “unprecedented” method with a lesson on Mobile Marketing, part of the International Master in Marketing Management, Omnichannel and Consumer Analytics programme, which included three hours of theory and three devoted to the implementation and discussion of different project works on the part of the students. A classroom of 28 students «that gave me a lot of satisfaction, because despite the absence of empathy characteristic of classroom lessons the students participated and showed they were engaged» he says.

If breaking the ice was one of the most delicate moments, succeeding in finding a way to maintain the students’ attention has amply repaid efforts. Convinced of this is Paola Bellis, who moderated two online lessons of Project Management, both theoretical and practical, within the Master in Business Analytics and Big Data programme: «Despite a bit of initial difficulty, I think the interaction through the screen in some cases put students at ease». A sensation confirmed by Daniel Trabucchi, also involved in the Project Management course: «Once they gained confidence with this tool, the possibility of writing in addition to interacting verbally, helped to break down the barrier of shyness and the fear of having to speak up in the classroom by taking the microphone in hand. What also struck me was the atmosphere of support among students who started to interact, immediately putting a “like” on their respective observations».

After theory, practice. And the mission can be considered accomplished

When it helped them prepare for the lesson, students were divided into work groups to carry out project work. Through a special platform, they were thus put into different virtual rooms in which they could debate and discuss the project.
All the professors agree on one thing: teamwork was the most complicated part to manage, both for them and for the students. «It was difficult, but not impossible, to complete the project on time given the difficulty of coordinating at a distance. Indeed, the students did brilliantly» says Filippo Satolli. «In the end, the practical part also worked well, and the mission can be considered accomplished» confirms Paola Bellis. «It’s an experience I would repeat because it was very formative, both for us and for students».

«I’m used to holding lessons in the digital mode, but in this case, I was dealing with students accustomed to the classic classroom lessons who hadn’t chosen online learning» says Daniel Trabucchi. «For them it was the first time and they reacted in the best of fashions, because they’ve been able to offer me a lot of food for thought. The feedback I received allowed me to rethink the lessons in a way I believe, and hope, can be even more engaging and enjoyable». 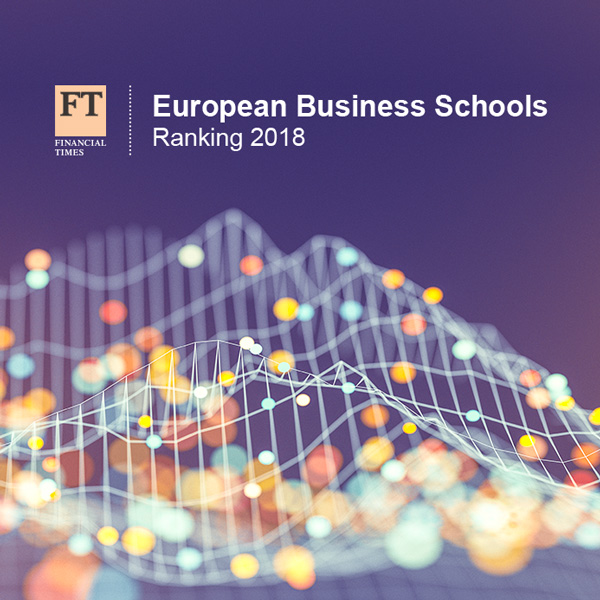 For the tenth year running, the Financial Times is re-affirming its positive assessment of Politecnico di Milano’s School of Management (SoM), which easily holds its place among the leading European business schools. This year, the School is one of the best 50 (at number 42) in the FT European ranking for 2018. As previously, the ranking examined 95 institutions of excellence, and SoM is included among the top five business schools belonging to “technical” universities with a particular focus on engineering and technology.

Politecnico di Milano’s School of Management continues to stand out in the European landscape for five product lines, ranging from the “traditional”, but by no means less in demand, Full-Time MBA and EMBA, to its Master of Science in Management Engineering and an increasingly wide and innovative offer designed for managers, professionals and companies.

Every year, the influential London-based financial paper draws up a classification of the best MBAs, Executive MBAs, Masters in Management, standard catalogue courses and customised programmes. Many parameters come into play to determine each position in the ranking, taking into account aspects such as how the graduates rate their teachers and the courses in general, their level of pay and career prospects after graduating, as well as the School’s international outlook.

Listed in the international rankings since 2009, this year the School of Management of Politecnico di Milano has cemented its place among the top flyers with wide selection of products:

SoM consists of the Department of Management Engineering and MIP, the University’s Business School. Alessandro Perego, Director of the Department of Management Engineering, and Andrea Sianesi, MIP’s Dean, expressed their positive feelings: “We are proud that FT is placing us again among the leading schools in Europe, underlining the value of our policies. This recognition is not only a reward for us but, more importantly, for our students and corporate customers, who continue to appreciate the breadth of our educational offer, its quality and innovative direction”.

They continued by saying: “Our offer is both complete and comprehensive, as reflected in our high ranking for courses and Master programmes that target executives and professionals, young graduates and companies. On top of this, the FT assessment criteria include the career perspectives for students and professionals and their excellent opinion of teachers and courses, as well as the School’s ever increasing international outlook, all aspects that are dear to us and on which we have built our offer”.