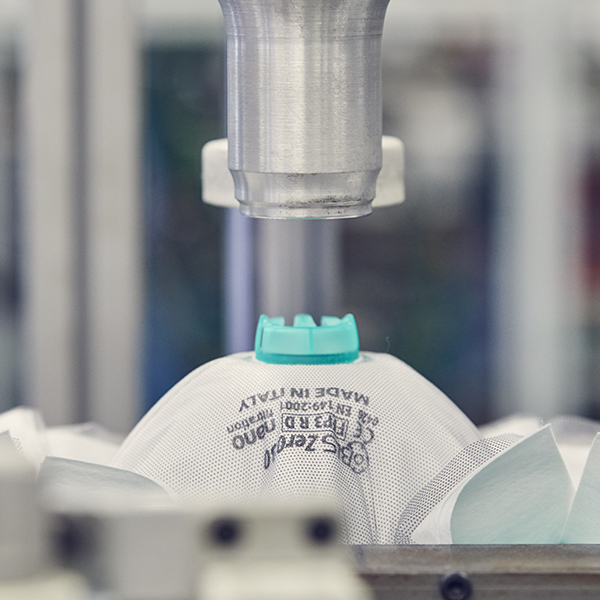 PierPaolo Zani, MIP alumnus and general manager at BLS, a company that manufactures protective devices for the respiratory tract, tells us about the impact the coronavirus has had on business on a human and organizational level. Explaining that, with solid foundations and a clear mission, even the hardest stress test can offer an opportunity

Can a moment of great stress, for a company, translate into an opportunity? Yes, if the company has solid organizational foundations and a clear strategic vision of its business. In the space of just a few weeks, BLS, an Italian company that manufactures protective devices for the respiratory tract, more commonly known as “masks”, found itself in this position. «Already at the end of January, before the Covid-19 contagion had extended to Italy and the rest of the world, orders shot up in a way that until that moment would have been unthinkable», says PierPaolo Zani, general manager at Bls and alumnus of the Part Time EMBA at MIP Politecnico di Milano. «Until a few months ago, the demand for masks came from customers who needed to protect from pollutants in industries. This posed a problem for us: what to do, in this moment, to satisfy the demand of our long-time customers, and at the same time help out the civil protection authority and the country?»

Not a small dilemma, on which Zani and his team had to reflect deeply before coming to a decision: «We managed to find a balance.  And we did it by going back to our corporate mission: protecting people and doing it well». The jump in orders risked generating a series of organizational difficulties: «I must say, however, that we had already been observing the situation for some time. It’s essential to pay keen attention to all signals that could have an impact on your business, even if they are small signals».

From a strategic point of view, then, it also becomes important to take into consideration the changes that could result from the coronavirus epidemic: «We don’t know how long this emergency will last, at a global level. However, we do know that the use of masks in the West could follow that which is the Asian model, characterized by a greater use of these devices at the consumer level, regardless of the pandemic. Throughout this period, the challenge will be to maintain a straight course, but we will also have the principles of our mission guiding us». And it’s possible to do so, explains Zani, also because the company has made far-sighted choices: «We have worked hard to enter long-term contracts, that ensure our operations, and we can count on back-up suppliers. This situation is an authentic stress test: but our foundations are solid, that’s why we’re holding up».

But for Zani there’s an element that’s even more important, that truly makes the difference: «People. Never so much as now have we been repaid by our ethics, which require us to protect all people in general, as well as those that work with us. In this period, it’s essential to establish a dialogue with production, reinforce hygiene standards, guarantee a secure workplace».

An EMBA to test your dedication

Indeed, Zani has always had a strong interest in the role the human element plays in a company. «This was perhaps the aspect that above all else pushed me to enrol in the Part Time EMBA programme at MIP. I felt the need for improvement. I needed new, more effective and fine-tuned instruments. I wanted to delve into the principles of organizational behaviour. And from all these points of view the master’s was truly helpful». The part-time format of the EMBA also put the commitment and the dedication of Zani to the test. A sort of small, personal stress test: «The advice I give to those who are preparing to begin this master’s is to face it with the maximum commitment. It can be challenging to find a balance between work, private and academic life; but the return, in terms of skills and career opportunities, is very high. It’s truly worth the effort of devoting yourself completely to the programme. I also like to remind people that BLS has a very close relationship with the Politecnico di Milano, with which we are supporting the creation of a startup, a spin-off from the university, and have already worked together with on different workshops. And we always keep a close eye on the talented people we meet in the classroom», concludes Zani. 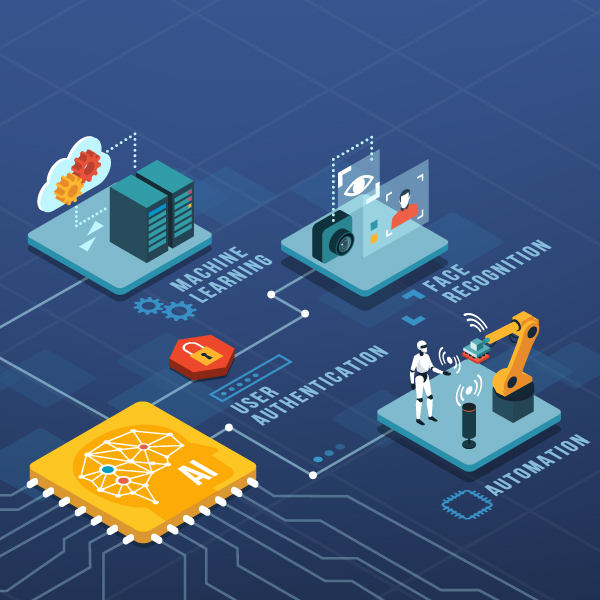 Marco Farina, 2015 Flex EMBA alumnus, tells about the establishment of Logol and what he learned from his participation in the master’s programme. Starting from the ability to work remotely, using new technologies

Why is technology, often, surrounded by a negative sentiment? And why isn’t its potential completely embraced? These are the questions from which Marco Farina, 2015 Flex EMBA alumnus of MIP Politecnico di Milano, started to set up Logol, a Swiss company that since 2017 has been active in the field of artificial intelligence. «My idea», explains Farina, «is that too often digital transformation services are managed in an improvised fashion. The objective was and remains that to bring real skills within companies, skills that can translate into a real value added for business. And in this process artificial intelligence now plays a fundamental role».

There are four pillars on which Logol’s business model is based, says Farina: «We are first of all advisors. Our main goal is to support companies in their approach to AI». The second pilaster, instead, is tied to the idea for which Logol was born:  «We were established as a company without a physical office. Smart working is part of our mentality, and it’s this same attitude that we want to bring to the companies that turn to us. This process mainly involves the migration of server infrastructure to the cloud. In the transfer of this sensitive data, data security is fundamental, and AI helps to increase the level of security».

The third pilaster involves business applications. «Today companies must be lean, if they want to be competitive. Today’s gold is data, so the planning of an information system must be carried out using modern applications that allow you to have a holistic vision of the company».

The last pilaster involves pure AI. «After having rationalized the company’s technologies and processes, we apply artificial intelligence to the reference technology, whether it’s a chatbot, the optimization of warehouse stock or customer engagement in ecommerce».

Logol makes flexibility one of its strengths and works with both medium-small and large companies: «In the world of small and medium businesses we position ourselves as the sole interlocutors, because we step in to totally redesign their technological approach», explains Farina. «In our relations with larger companies, with which we don’t have an exclusive relationship, we express our expertise in more specific areas».

The Flex EMBA experience: a rehearsal for flexibility

Before setting up such an innovative company, Marco Farina attended the Flex EMBA programme. An experience that proved useful to him from different points of view: «First of all, I felt the need to strengthen my skills. I had already studied computer engineering at the Politecnico, but I still needed to acquire the expertise necessary to understand the management of business processes». The master’s also allowed Farina to forge important relationships with his colleagues: «The relationship with them was fantastic, and still is, seeing that we are still in touch. Uniting us, now and then, was the desire to challenge ourselves with the goal of improving. The possibility of interacting with people with very different educational and training backgrounds, thus adopting always new points of view, represented a real value added». The FLEXA format fit well with his needs in that particular moment of his career: «It was a decidedly demanding moment, flexibility was fundamental». A flexibility that represented an important testing ground, on which to develop those smart working methods on which Logol would be built: «For two years we got used to interacting as if we were in front of each other. This is fundamental: these are practices that we, as entrepreneurs and managers, must pass on to our collaborators. The workers of the future will be people who interact in this way». 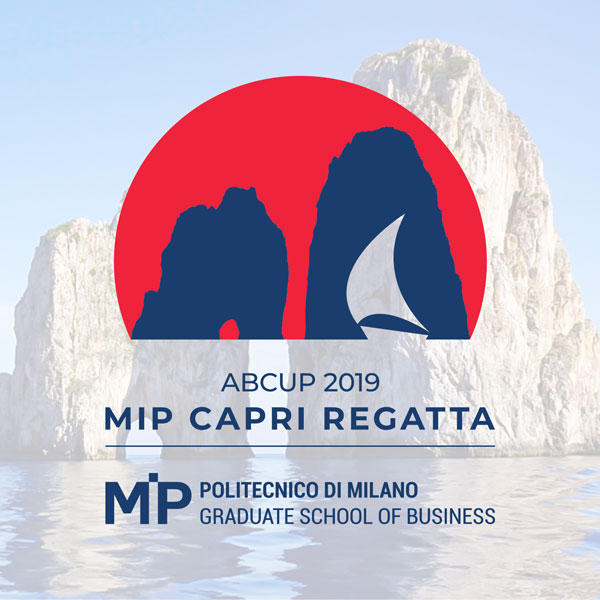 MIP Sailing Club is the winner of the 2018 MBA Sailing League. Many acclaimed business schools from around the world compete in this league – with the ABCup being one of regattas.

MIP Sailing Club – a MIP Politecnico di Milano Graduate School of Business sports club – is hosting the 26th ABCup (Alumni Business Cup) regatta in Capri on the 24th and 25th of May 2019, a long-standing regatta for students and alumni run by the French INSEAD and HEC business schools. This regatta is one of many events celebrating the School’s 40th anniversary.

Sailing is at the top of the list for people looking for exciting team building exercises. Crews win by challenging the obstacles and upsets thrown at them by the sea and putting into practice many techniques learnt in business school. This is a great occasion for people to test themselves and see how they match up to teamwork – but it is also great for networking!

This is one of the reasons why MIP Politecnico di Milano Graduate School of Business backed a group of students and launched the MIP Sailing Club in 2010. Since then, the club has involved 250 students and alumni and competed in 35 national and international regattas.

This year, MIP Sailing Club has the honour of hosting ABCup, one of the four regattas in the MBA Sailing League 2019. The other regattas are being held in Lanzarote, the Isle of Wight, the Solent, Porto and Santa Margherita).

The races that make up the overall classification will be held on Friday 24th and Saturday 25th May, against the magnificent backdrop of the Bay of Naples. Prizes go to the top three crews in two boat classes. Crews in class A compete in ESTE 24 racing boats and those in class B in larger cruiser yachts. These are expected to be two days of fun, sport and networking in an international environment.

The winners’ prizes are being made specially by the Neapolitan painter and sculptor Lello Esposito. He is famous for his interpretation of the “essence of Naples” and his take on Pulcinella, reinventing the city’s symbol as a modern artwork. For the ABCup 2019, the artist has created a trophy with a sail sporting a typical Neapolitan mask. SLAM, manufacturer of technical sailing clothing and SAMI, producer of hi-tech sailing rope, are supporting the regatta.